What a festival! I always love walking around and feeling the buzz of creative and artistic minds on this little island. As I mentioned in last week’s post, the Nantucket Film Festival kicked off last Wednesday and ended today with the ”Audience Award” viewing of Life According to Sam and “Best of Fest” Twenty Feet from Stardom.

In total, I saw four films and I loved 3 out of 4. Not bad. I started out with Blood Brother on Wednesday night. This film tells the heartbreaking and inspiring story of Rocky Braat, a 20-something Pittsburgh male who leaves the states in search of self in India. During his early travels, he visited a center that served as an orphanage, refuge, school and care center for children with HIV. At this center, Rocky found home. The faces of the children will stay with you long after the film. A must see, in my book!

Next up Some Girl(s). I so wanted to love this film. And I so didn’t. The main character, played by Adam Brody, is never introduced to the audience by name, which I guess in the end is a good thing because he truly is one of the least likable characters I have seen in a film in a while. And the funny thing is, he isn’t suppose to be the bad guy. The film is about an author who is about to get married so he embarks on a nationwide tour to meet with some of his ex’s who he feels he still has some unresolved issues with. But these encounters, all in hotel rooms (strange) turn out to leave the women with even more unanswered questions. If you want to see a movie that will make you loathe the idea of relationships or that people can grown and change, I guess I would recommend this to you. 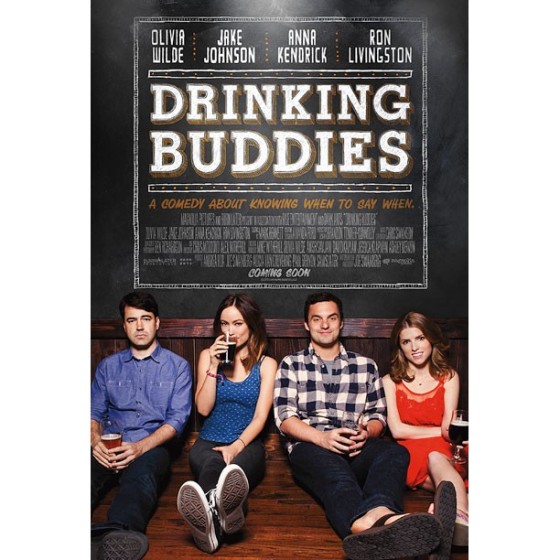 Since I clearly needed a cocktail after Thursday’s movie, Friday’s choice was perfect… Drinking Buddies. Loved, loved, loved this film. And I promise it wasn’t just because my all-time favorite guy, Jake Johnson (Nick Miller – New Girl) starred in it. It was just a feel good movie that made me realize that good guys do in-fact exist. And much of the film takes place at a brewery… win/win. Looking for a light-hearted movie to watch with that special guy in your life, rent this!

And lastly, I closed out my NFF 18 viewing experience with A.C.O.D (A Child of Divorce). And since I am a child of divorce, I found this film to be hysterical. And if you love Parks and Rec, you will be happy to know that both Adam Scott and Amy Poehler star in this film. Another must!

Now don’t forget to mark your calendars for next year’s festival – June 25-30, 2014. My countdown has already begun!

One thought on “Movie Monday – NFF18”