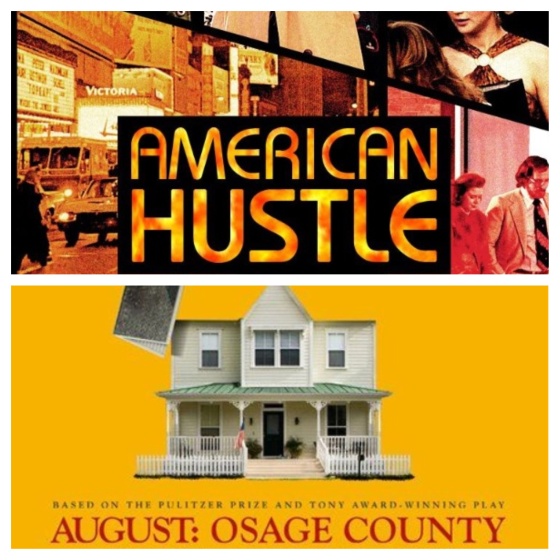 It’s that time of year again: award season. The Globes, The People’s Choice Awards, The SAG’s, The Oscars. I must admit I haven’t seen all the nominees just yet but my goal is to see them all by Oscar Sunday. Last week, I knocked two off the list.

First up, August: Osage County, an adaptation of Tracy Lett’s Pulitzer and Tony award-winning play. I knew very little about this film except the star-studded cast: Meryl Streep, Julia Roberts, Ewan McGregor, Chris Cooper, Juliette Lewis, Julianne Nicholson, Sam Shepard and Benedict Cumberbatch. Set in the plains of Oklahoma, this film tells the tragic story of the Weston family. Alcoholism, drug addiction, incest, sibling rivalry, death, adultery… this movie covered it all. I am one for tragic films that make you question morales and family dynamics but this film left me just sad and with little resolution. I will say, Meryl Streep was flawless but her character, Violet Weston, might just be one of the most evil women I’ve seen portrayed on-screen.

American Hustle. The opening screen “some of these things happened” is quite true for this movie tells the story of an F.B.I. sting operation in the late 1970s that landed several congressmen and one senator in jail for fraud. The cast, similar to August, was star-studded. Christian Bale, Amy Adams, Jennifer Lawrence, Bradley Cooper. A fine-looking group indeed. What else can I say. Loved the music. Loved the wardrobe. Golden Globe winner beating out Her… I don’t agree.

Have you seen either of these films? What were you thoughts? Would love to hear!

One thought on “Movie Monday”