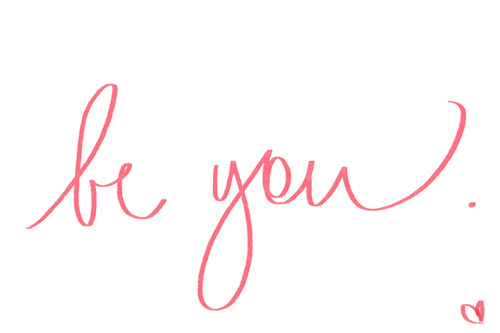 Well… this is a post I have wanted to write for sometime. As I revealed a few weeks ago, I was hurt back in 2006. A hurt I was certain I would never recover from. And then, as with all things, time healed the pain.

After the rebound relationship, and “the right one that became the wrong one” and the ever so tragic (re)connection with a college beau, I officially swore off dating. And naturally, that’s when it always happens. It was March 2011, Boston. I had just returned from a little jaunt to Parrot Cay in Turks and Caicos, where I made the decision to stay single. We of course know what happens next.

It was one of those first spring days in March, a Friday to be precise and the hope of a new season was in the air. My girlfriend, her husband and I made our way to the Liberty Hotel, a hot-spot in Boston at the time. I was ordering drinks for all of us and was trying to be the nice girl in a crowded bar so asked the gentlemen behind me if he needed a drink… a coke and rye his response. When I turned around with drink in hand, there he was. M.  I apologized for not getting him a drink and he told me not to be silly as he held up his cocktail. He commented on my smile and I joked and said “tell me something I don’t know.”

My friend and her husband had to leave as she had consumed a few too many cocktails and as I walked them outside, I realized I had to make a decision: to call it a night or walk back into the crowded bar by myself to a man I had just met. Looking back, there was no choice at all. I walked right on in. The next few hours went by in a flash. Talking, joking, laughing. It was so natural. At the end of the night (morning, really), we parted ways. He asked for my number, which I kindly declined to give as really he wasn’t going to call. But he pressed and I gave in. As I drove away, I was certain I would never hear from him again.

But I did. M… he surprised me. And so began our friendship. Two weeks later, he invited me north to Toronto. At first, I kindly declined the invitation. How could I get on a plane and travel across international borders for a boy I knew so little about? But as I mentioned in last week’s post, I am a romantic and thus followed my heart and said yes. I booked a flight, a room at the Drake Hotel and counted down the days till my first Canadian adventure.

And what a weekend it was. A trip to Niagara Falls, oysters, my first caesar, exploring a new city with a new friend… I was on cloud nine. And thus began our long distance courtship. Phone calls and emails, and texts, and IMs… it was all just so easy. I invited him back to my city for Memorial Day weekend. Enjoying a place you love with a person you care for… it doesn’t get much better. The familiar takes on new meaning. The food at Ten Tables was that much more amazing. The bench on Commonwealth that I spent so many nights on was different now as we had sat there together. And then the time came to say goodbye. Neither one of us were very good with these. I stood at the beginning of the security line at Logan, watching him pass through check-points, waiting for him to turn around and smile. When we spoke that night, he said “I wanted to turn around but knew if I did I would never leave.” My heart (and head) were falling and falling hard.

A few weeks later, it all changed. After a weekend in Montreal, he began to pull away and days later I got the phone call I knew was coming. He said he couldn’t do it anymore… that I deserved more than he was capable of giving. A cop-out. Perhaps. Words I have heard before, for sure. I have had such a hard time letting him go. After several months I had my moment of clarity. M was the first man who allowed me to be me. Who enjoyed being with me for just how I was in those moments. I was just me and for a time, that is all he needed.

I haven’t spoken to M in nearly 18 months. He says it’s too hard to hear from me. I think of him nearly every day. But he taught me a very valuable lesson and for that I am eternally grateful. And I know he has brought me one step closer to the one who will want to step up and give me everything I so greatly deserve as he too knows I will do the same for him. Risks are good and although you fail at times, a lesson is always learned. And what good is life if we aren’t learning and growing.